Where Do You Put a Promise Ring?

According to some traditions, your engagement ring should be placed on your left ring finger. Some claim that it belongs on the right. What about other rings, though, especially those who favor wearing their bands on several fingers? The placement of the engagement ring has always been predetermined by tradition. The left ring finger is where it usually goes, but in some places, the right ring finger is used instead. Cultures occasionally impose additional laws. Welsh gold has historically been used by the British Royal Family for their engagement bands, for instance. But did you know where to put promise ring in addition to the ring finger? Wherever you decide to wear the ring, it comes with particular meanings and expectations.

Let’s talk about the meanings of each of the ring fingers.

People who wish to wear rings but don’t want others to assume they are married frequently wear them on their middle finger. It’s the most audacious one, and many people relate it too disrespectful gestures. People may wear rings they want to show off on this finger due to its prominent location. But because it’s in the middle, it also represents responsibility and balance. However, aside from that, there are no additional meanings associated with wearing a ring on the middle finger. Wearers may choose to adorn this specific finger with jewelry for their own personal symbolism or for no particular reason at all. After all, not every finger ring needs to represent something.

A ring on the little finger is a sign of creativity and resourcefulness in the wearer. Additionally, it represents the capacity for easy communication and finding common ground with others, both of which are advantageous in negotiations. Pinky rings in North America may represent the wearer’s line of work. For instance, the Order of the Engineer awards the Engineer’s Ring to engineering graduates. Similar customs exist in Canada, where geologists and geophysicists receive silver Earth Rings and engineering students are given Iron Rings made of wrought iron or stainless steel. As around 90% of people are right-handed, the recipients place their rings on their dominant hand, which is typically the right hand. The pinky finger is a fantastic choice for making a message because it has no significant implications in the majority of religions or cultures. People frequently use this finger to show off showy rings, but modest rings also look good because this finger shines out while wearing jewelry. 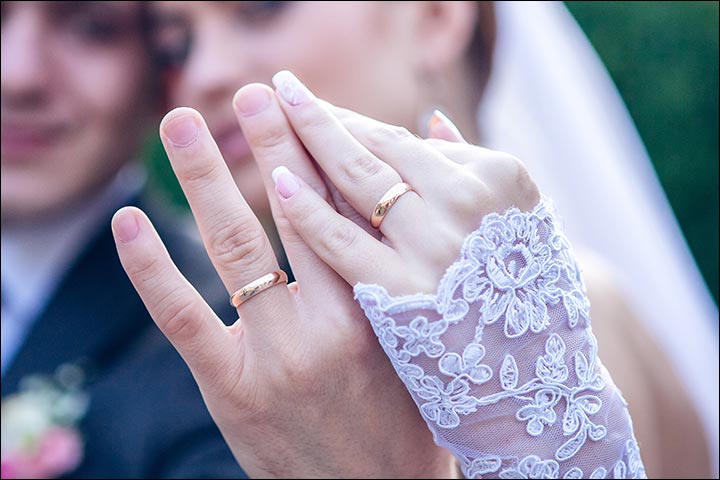 Depending on where the person put the ring, the index finger may show a desire for power. Jupiter, a planet that represents strength, authority, and leadership, is connected to it. Perhaps this is also the reason why kings and queens extend their index fingers for visitors to kiss and wear rings on them. This finger is symbolic of power, and it is also where notable families have worn their crests and signet rings for ages. Because it’s a useful indicator of a family’s status, folks below a specific level weren’t even permitted to wear rings back then. Even today, wearing a family crest, class ring, fraternal ring, or membership crest on the index finger is still a good idea.

The thumb may also represent power and prosperity, according to a long-held tradition. This can be the result of the thumb’s enormous size, which calls for a ring of comparable size. According to popular belief, only wealthy people could have afforded a ring that required more metal than other jewelry. This roughly reflects the notions of the ancient Greeks, who equated the thumb with strength, manliness, and dignity. They nevertheless decided to wear a ring on their finger because of that belief, regardless of the ring’s price. A thumb ring has a kinder meaning in some cultures. It is associated with interaction and camaraderie. The thumb is distinct from the other fingers in fashion, much as the pinky finger. You don’t need to wear a dazzling one in addition because wearing a ring on it naturally attracts attention from onlookers.

Which of the Ring Fingers Should You Put the Ring on?

Although these are the commonly accepted interpretations of the ring fingers, the final decision over what to wear and where to wear the ring rests with you. Popular symbolism only has value if you believe in it. Interested in learning more about rings and the potential meanings of jewelry? Come visit us and feel free to go through our enormous assortment of handcrafted rings. Do not hesitate to contact us right away with any more questions.

If you are interested in buying a promise ring you should buy a DR promise ring from Darry Ring as they have many types of promise rings for couples. They have the finest collection of high-quality rings you can have for your loved one!

I am Jennifer A Fashion Blogger.It doesn’t matter who you are; if you’ve living in today’s world, being less than fashionable can make you feel inferior. That is because your understanding of fashion. I am here to help you with latest fashion articles

Diamonds 101: Are Lab-Created Diamonds Better For Your Budget?

How To Wish Someone On Their New Job?